Name :
Jorge Pachón Bocanegra
Age :
20
Studies Field :
Teaching
What Do You Like Most In Your Life ? :
The thing I most like in my life is travelling, teaching other people different kind of things and meeting new people.
Why Did You Choose EVS ? : 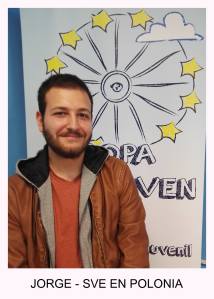 I chose EVS because it was a chance to know new cultures, meet new people and also to improve some personal skills like communication,
What Are Your Expectations ? :
I would like to improve my personal skills and my english level. Also I think that with this project we can share different cultures with other people and open our mind. I believe that I am going to learn a lot with this project.
What do you hope to share with other people during your stay in Poland ?
I hope to share our language and our culture with other people during my stay in Poland. What would be your best attributes?
One of my best attributes is to be patient, to listen other people and to help them. Another attribute is the creativity.

Hello, my name is Jorge and I am from Spain. I am going to talk about my first week in Leszno as a volunteer, about different feelings and experiences.

When I arrived to Leszno my first feeling was that there were a great family in the project because a lot of volunteers picked me up in the train station, which was so special for me. However, when I went to the flat I felt a little bit stressed because people didn’t understand me when I was talking. Finally I thought that it was because I was so tired and also because of my accent, but I knew that I would improve it during the summer.

Another important thing about this day was meet the other volunteers in a picnic, which made me feel so accepted in the group. In this picnic I started to know more things about the other volunteers, to be more confident with the people, to enjoy. Furthermore, I met my mentor in this Picnic and it was so especial because he received me saying “bienvenido” (Spanish word which means welcome) which show me that he is doing a great effort to make me feel good in my first day in Leszno.

Next day I went to the office with the other volunteers, where we were playing different games in order to meet each other and to motivate us. There were games whose aim was to know different kind of things of the other person, to make the volunteers feel confident and relaxed with the other people, etc. Also there were games which are called energizer, whose aim was to motivate us. With both kind of games we learned how to start a workshop, which is so important in this project. Also with these games we could develop our relation as a friends.

In Thursday and Friday the long terms volunteers prepared some workshop and activities for the short-term volunteers. It was so funny and positive because we knew more things about the other volunteers and also we knew the most interesting places of Leszno, which was prepared by Rodolfo, Amit, Iida and Tania. 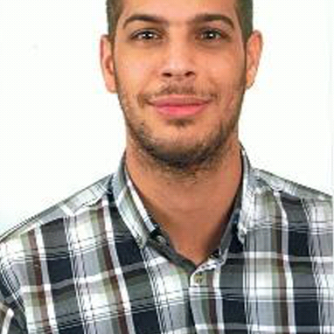 This activity was so useful for the short-term volunteers because we didn’t know nothing about the city.

One thought on “Welcome Jorge from Spain”